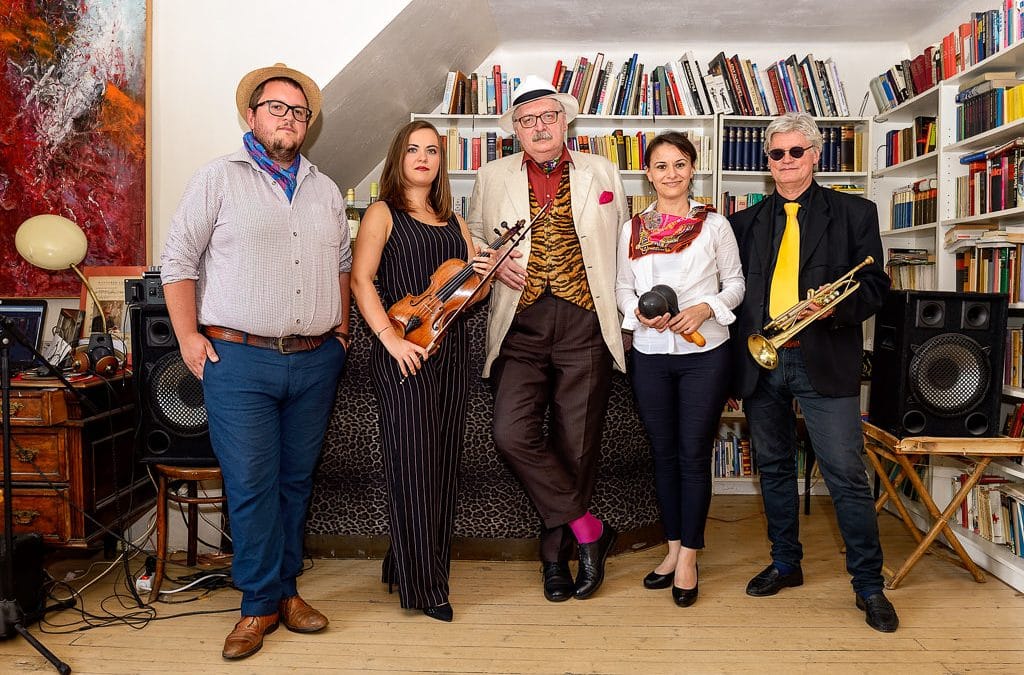 14 years ago I started looking into the tonal specificities of different European regions. I called this project “The musical surveying of Europe by a native”. Hungary was the first country to which I paid my artistic attention. I composed songs based upon poetry by Endre Ady, and published a CD which I realized with local artists. After the completion – two years later in 2004 – my poetic journey went on to Spain, then later to Vienna and then to France. And now – in 2016 – I have arrived in England. In a Viennese bookshop I found an edition of Malcolm Lowry’s poems, was enthusiastic about what I was reading, and decided to set some of these verses to music.

Malcolm Lowry (1909-1957) was a British writer whose desperate restlessness finds its poetic expression in a linguistic mystic symbolism. His main work is the brilliant novel “Under the volcano” (filmed under the direction of John Huston; with Albert Finney, Jacqueline Bisset, a.o.). Besides writing he paid a nearly sacred attention to the alcohol which accompanied him, along with fear and hope, for a lifetime. Lowry spent many working years together with his wife Margerie Bonner between Canada, the United States and Mexico. During a stay in England he took his life in 1957. My compositions on Lowry’s poems, on the one hand, are gentle, on the other hand hard and sharp, but there is no essential difference between them – sounds and words intertwine with one another in a sublime manner.

For this project I was able to find fantastic musicians, a circumstance that makes me very happy.
Louis Romégoux is a Sheffield-born Anglo-French folk musician, who in 2010 swapped the steel city for the rolling hills and vineyards south of Graz, southern Austria. Romégoux, a classically trained singer who studied under Dr Vivien Pike in the UK and was choral scholar at Sheffield Cathedral whilst studying at Sheffield University, has been involved in various musical projects of differing genres since his early childhood. In his time as a solo and band musician Louis has gigged extensively throughout Europe with the likes of John Smith, Teddy Thompson, Slow Club, Denis Jones, John Fairhurst, Liz Green, The Reverend, Ed Prosek and more, including a concert at Ronnie Scott’s Jazz Club, London in 2013.

It sounds almost like a modern miracle: I was looking for someone like him, because he is absolutely the sort of singer I needed. His creative agility in the melodies and his distinctive vocal color unquestionably correspond to my intentions how to interpret these songs.

Already in the late 80s and 90s, the Austrian composer, fluegelhorn and trumpet player Paul Schwingenschlögl and I had many joint performances, most of them in Germany. Now he is a sought-after musician all over the world, plays modern jazz as well as improvised jazz but also rock music. So he performed in Vienna with the ‘Gil Evans Orchestra’, or – for example – in Rome with a jazz quartet called ‘Takabanda’, or in New York as a soloist with CC Hennix, and so on ….
For many years he lives in Berlin and Paris.

Angelika Moskal – the Viennese violinist studied with Prof. Arkadij Winokurow at the Bruckner University in Linz and then continued her studies at the University of Music and Performing Arts in Vienna. Concert tours took her to Germany, Montenegro, Bulgaria, Italy, Spain and other European countries, as well as to U.S.A., China, Brazil and Peru with orchestras such as the Vienna Jeunesse Orchestra, the Webern Symphony Orchestra, the Youth Philharmonic Orchestra and the Chamber Music Ensemble.
In 2015 she not only played the violin part at my French CD project ‘De la curiosité du silence’ but she also performed in Vienna on the occasion of ‘Voices for refugees’ with the Italian singer and songwriter Zucchero.

Jakob Karajev comes from a classical musician family. This probably explains his safe rhythmic feeling and his subtle sense of tact, which is neither too much nor too little, but always true.

Alfred Polansky – Austrian writer, composer and guitarist. He received his basic musical education from his father, who himself was a musician, later at the Conservatory in Vienna and in the wild. He composed film music, commissioned works for orchestras, songs and solo pieces for guitar and lute, and as an interpreter he mainly plays his own music all over Europe.